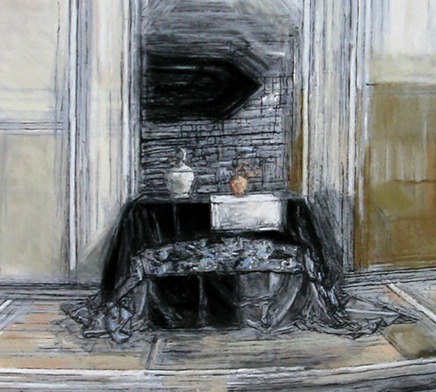 The following is the foreword to an exhibition of major still life drawings, written by Marian Maguire in 2005.

' There are five drawings in this exhibition. Produced over a period of ten years they all show more or less the same set up; some pots on a draped table set squarely against one wall of a seemingly empty room.  The artist has viewed the arrangement from a fixed point directly opposite.  The walls and ceiling slope towards the centre of the paper, the solid walls seem slightly curved by the artist's eye.  There are also old paintings from the artists’ student days and strips of paper of various tone and dimension attached to wall and floor.

The image is worked with black ink and chalk pastel such that there is a build up of material which tracks the passage of time spent; a vibration of moments heaped on each other.  Some areas of paper survive the process and remain clear, however the whole work gives the impression that its slow evolution is complete and the room is prepared, ready to receive guests.

And so we are welcomed into an empty room resonant with the presence of its architect, who sometime ago absented himself.

The table is heavily draped and folds of fabric heap themselves on the floor completely obscuring the angular shapes or sharp corners.  Often there is a second smaller cloth and on to this two or three curved pots that appear and reappear in each drawing.  It feels like an altar or stage, set for a performance and the viewer is given the best seat in the house.

Buxton acknowledges the importance of ritual in the making of the work.  He returns day after day to the same position and attempts to render what he sees accurately.  It is a kind of meditation in which he chooses to be in the room to create a visual honesty.  In so doing he creates a fictitious pictorial space that is fuller than the one we would see from his vantage.  It is full of the time he has spent measuring the distance between himself and the props, his eye constantly networking across the void.  He claims the importance of passivity in these drawings and in this way avoids mannered gesture. What he sees through the eye he communicates through the hand and so the work is full of subtle human expression and emotion. Buxton claims that everything is brought back to what is seen, but it must be the case that for him the room is full of past drawings, ghosts who haven't quite left.

But there are other presences.  Francis Bacon, Alberto Giacommetti, Vermeer who all made work contained by walls, dramas enclosed in space.  For each the relationship between the figure and its environs was very three dimensional.  You can feel the same hum of air even though these artists had quite distinct approaches and intentions. So too for Buxton, and although the works are not figurative they are also not just pots on tables. Not just still life, more a life that, for a time, is still.' 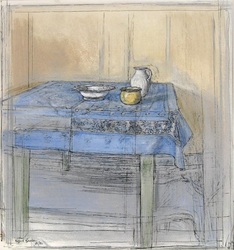 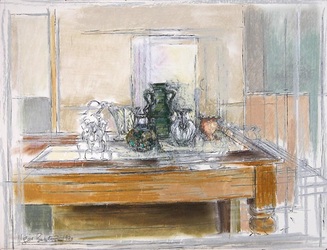 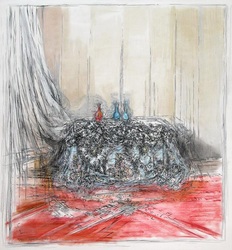 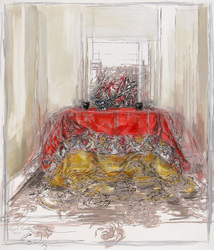 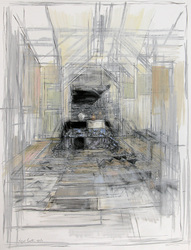 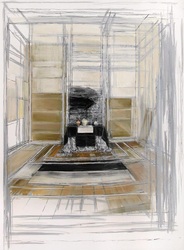 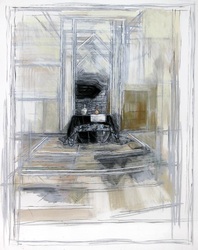 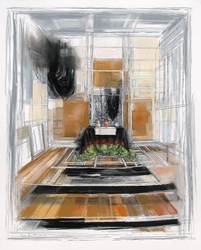 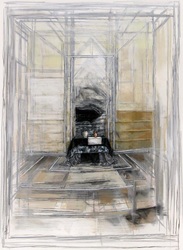 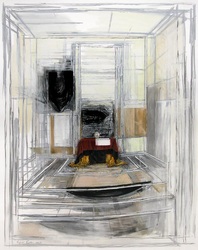 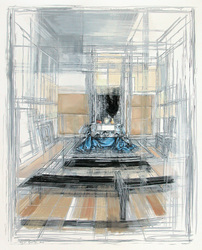 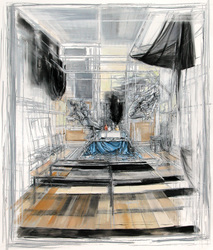 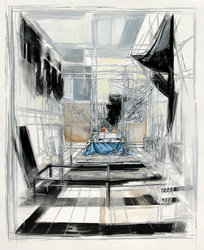 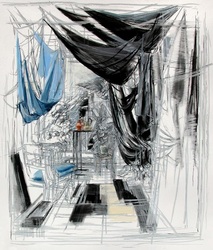 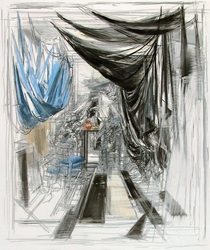 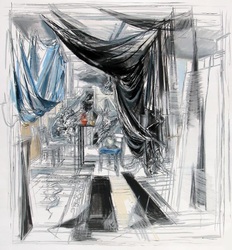 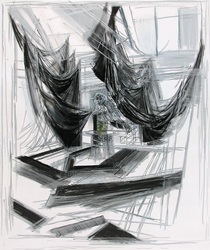 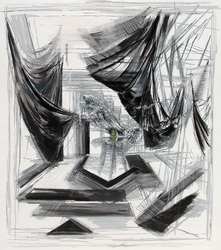 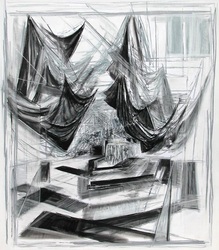 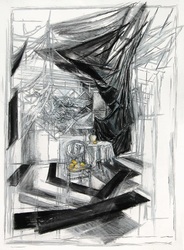 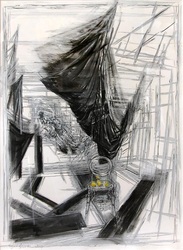